SpaceX and Blue origin make their place in the list of top space startups of the world by their innovative thinking and eager to access space for the better future of humanity.

It is a aerospace manufacturing and space transportation services providing company.
Elon Musk came up with an idea to manufacture and launch reusable rockets and spacecraft to enable the colonization of Mars. As he focuses on reusing the launch vehicles thus it ultimately reduces the cost and improves the reliability of accessing space.

Headquarter– Its headquarter is located in Hawthorne, CA (USA).
Founded– It was founded in 2002.
Founder– It is founded by Elon Musk, an entrepreneur and business magnate. He is the founder, CEO, and chief engineer of SpaceX.
No. of employees- There are near about 9400 employees working in SpaceX.
Total funding– $6.6 Billion
Revenue– US$2 Billion.

Recently Falcon 9 launched the 49 Starlink satellites to low Earth orbit from launch complex 39A at Kennedy Space Centre in Florida on January 6, 2022.

It is an aerospace manufacturing and sub-orbital spaceflight servicing company.
The company’s name refers to the blue planet, earth, as the point of origin.
Jeff Bezos founded this company with a vision of building a road to space for a better future.
Blue Origin aims to reduce the cost to access space with reusable launch vehicles and a wide variety of technologies. It has provided a “New Shepard” flight experience, the first weightless suborbital travel to more than 100 km above sea level.

Headquarter– Its headquarter is located in Kent, Washington (U.S.)
Founded– It was founded in 2000.
Founder– It is founded by Jeff Bezos.
Number of employees– There are around 3500 employees working in Blue Origin.
Total Funding– $3.5 Billion
Revenue– $977 Million.

On December 11, Blue Origin completed the third human space flight successfully -the first with six astronauts on board.

Relativity Space manufactures 3D launch vehicles and rocket engines for commercial orbital launch services. This company is developing manufacturing technologies, launching vehicles and rocket engines for commercial use. The founder of this company thinks that intelligent automation and lightweight, compact 3D printing are the basic and fundamental needs to build humanity’s multi-planetary future. It is the world’s first company that print 3D rockets. They access space more frequently, at a much faster pace and at a lower cost. They use AI and autonomous robotics along with 3D printing
They manufactured three engines AEON 1, AEON R and AEON VAC. All these engines are 3D printed and use “Liquid Oxygen+Liquid Natural Gas”. Relativity Space manufactured the rockets “Terran 1” and “Terran R” within 60 days only from raw material.  “Terran R” is fully reusable and is capable of launching over 20,000 Kg to LEO.

Headquarter– Its headquarter is located in Los Angeles, CA (US)
Founded– It was founded in 2015.
Founder– Its founders are Tim Ellis(CEO) and co-founder Jordan Noone.
Number of employees– There are 400+ employees working in Relativity Space.
Total Finding– 1.3 Billion
Revenue– $650 Million.

Planet Lab is a public earth imaging company which provides Geo-spatial insights at the speed of change. Services provided by Planet Lab include daily satellite data that really helps in functioning of the various businesses, governments and journalists. Earth observation industries also get commercial data from Planet Lab.

A fabulous feature of this startup is that it images the earth on a daily basis(with a fleet of 200 satellites, called Doves) and makes the changes visible to us. This entire earth image could have resolution up to 3.7 meters. This information is important for climate monitoring, crop yielding prediction, urban planning and disaster response.

Headquarter– Its headquarter is located in San Francisco, California(U.S.)
Founded– It was founded in 2010.
Founder– Chris Boshuizen, Will Marshall, Robbie Schingler are the founders of Planet Lab.
Number of employees– There are 480 employees working under Planet Lab.
Total Funding– 373.9 Million
Revenue– $113 Million

Astranis is a geostationary communication satellite operator and manufacturer. It aims to triple the satellite internet capacity of Alaska and improve access to internet connectivity by making a powerful and smaller satellite instead of the hundred million dollar cost of an internet satellite.
Therefore it takes only 18 to 24 months to launch a satellite which is quite faster.
Astranis manufactured MicroGEO, which is capable of providing high speed and very affordable broadband internet.

Headquarter– Its headquarter is located in San Francisco, California (U.S)
Founded– It is founded in 2015
Founder– John Gedmark(Founder and CEO), Ryan McLinko(Founder and CTO)
Number of employees– There are 100+ employees working in Astranis.
Total Funding– 353.5 Million
Revenue– $42.6 Million.

Capella Space is a Space based radar earth observation satellite manufacturer company.The founder of Capella Space was a former engineer at Jet propulsion Labor of NASA. It is the first  U.S. company that launches and operates “Synthetic Aperture Radar”(SAR) Satellite.
It aims to make sure of timely observation of earth which helps in commerce, conservation and well being.
They manufacture high-resolution SAR satellite imaginary and geospatial solutions.
It not only just capture the earth but even can work in the presence of clouds and at night.

Headquarter– Its headquarter is located in San Francisco, California, US.
Founded– It was founded in March 2016.
Founder– Payam Banazadeh, Will Woods.
Number of Employees– There are nearly 75 employees working in Capella Space
Total funding– 82 Million.
Revenue– 45 Million.

This is all about space startup, if you are excited to know more about habitable planets like earth, please check out this article here

How to clean your electronic gadgets – Tablet, PC, Mobile, TV and Screens 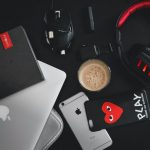 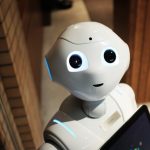 Healthcare Unicorn startups in the world 2022