In this tutorial, I will talk about the Object Oriented Concepts of Dart Programming Language. As previously stated; Dart is statically typed object oriented language; will have look on the object oriented components of language in this tutorial. If you need a beginner introduction to the language please refer to my previous article here.

It may appear weird that you may generate an instance of a class (i.e., an object) by invoking it like a function.
That makes more sense once you realize that each class has a specific method that you may (but don’t have to) add to it (if you don’t, the class has an empty default method): The function Object() method is used to create a new object.
Here’s how you would add a constructor to Person:

However, on a class level, names and ages are visible to the whole class. You may use this to tell them apart. To make it obvious that you’re talking about class-level attributes, use name and this.age. Dart believes you’re referring to local (method-level) variables named name and age if you don’t use the special this keyword.
There can be several function Object() methods in a class! You can specify as many “utility constructors” (not an official word) as you like, which are generally used to produce different pre-configured instances of a class:

Constructors can also be reduced if they just accept arguments and allocate them to class properties. By utilizing the aforementioned shortcut (no function Object()body, ; after the function Object() this. in front of the argument, no types being used, arguments matching property names), you tell Dart to automatically store the argument values in the class’s appropriate properties.

You may always take two sorts of arguments: positional and named parameters, whether you’re dealing with function Object() methods, regular methods, or normal functions.
We’ve only used positional arguments so far (in the examples above), which means the first value you put into the function when calling it is passed into the first parameter. The second argument receives the second value, and so on.
You may also utilize named parameters, which are very handy if your functions have a lot of arguments. It might be tough to remember the position of each parameter (when calling the function) – utilizing names can help, especially because IDEs like Visual Studio Code can assist you with completion.

In this example, name, price and description are named arguments – simply by wrapping the argument list with { }.

Friend is a class that inherits from Person in this example (using the extend keyword). The Friend class now contains all of the attributes and methods of the Person class, but it may also add its own. You can use anything you can on a Person instance on a Friend instance, plus you can, of course, use all of Friend’s capabilities. Every instance of Friend is both of type Friend and of type Person by default!
You may also override base/parent class methods (and properties):

Using @override is recommended (technically, it’s not required though) because it makes it quite apparent that you are overriding a base class method on purpose (and not by mistake).

Throwing a bonus of final and const type of variables

Dart would object to the re-assignment of a final variable.
If you don’t plan to alter variables, it’s a good idea to designate them as final. This is a scenario you’ll see a lot in Flutter projects.

But what is the difference between final and const?

Const values are compile-time constants, while final values are runtime constants.
That implies you don’t have to know the precise end number while you’re creating the code. For example, a value submitted by a user of the app may not change in the future (i.e. it is final), but you are unaware of this when writing the app’s code.
Const values, on the other hand, are known at the time the code is written.
For example, some text you wish to display in a widget may not change at runtime and therefore is a compile-time constant. 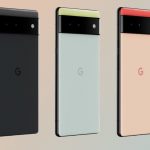