Despite the obvious fact that mosquitoes act as vectors or carries of the malaria causative parasite plasmodium, there are other hidden forces acting behind the scene inside the mosquito’s immune system or mechanism to fight plasmodium.

In this article, I will dig deep into what happens in the system of the mosquito. The insects immune system is quite different from ours (humans).

It is designed such that when something possess a threat to it, it adapts over time, though it can still learn to fight off infections in the process. This is backed by the fact that a lot of mosquitoes are able to fight off Plasmodium, the single-celled microbe that causes malaria.

A research was conducted by scientists to find out how the mosquitoes do it and their thesis was quite intresting.They took a group of mosquitoes and divided the group into two. Both groups were fed with blood rich of plasmodium. One group was kept in a place which was extremely hot for the parasite to grow and therefore plasmodium did not survive. The other group was kept in a place with normal conditions and the plasmodium developed therefore infecting them. After some time, both groups of mosquitoes were once more fed with blood infected with plasmodium. Later, they found out the mosquitoes which were not infected in the first instance of the experiment, almost all were dead but the others which were infected survived. This is because the infected group was a multiple times better in fighting the plasmodium then their fellows who were not infected.

The mosquitoes appeared to have weapons like granulocytes which are numerously and evenly distributed in the body of a mosquito. The pre-infected group of mosquitos had more granulocytes than the other group therefore putting them in a better position to attack and put a demise to the growth of plasmodium hence not suffering from Malaria.

Mosquitoes therefore are immune to Malaria since there is a factor in exposed mosquito blood that ramps up the production of granulocytes hence resisting the single-celled microbe; Plasmodium since in all it life, it has always have been with plasmodium in its system and it co-exist with it without causing any harm whatsoever specifically the female anopheles mosquito. Humans don’t have granulocytes and therefore they are prone to plasmodium. If humans are able to improvise a way to eject the granulocytes from mosquitoes and put it on top layers of the weapons we use to prevent mosquito bites, maybe then we can minimise the rate of Malaria infections in the world. 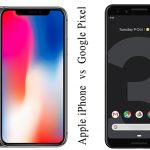