It might occur to you that using a certain web browser is merely a matter of accessing the internet. Even though this is somewhat true, it’s difficult to discover a popular web browser that has serious incompatibilities with web content or just doesn’t function on a fundamental level. A web browser does more than just open URLs.

Your choice of web browser can have a significant impact on how pages load, how quickly they load, and how hard your computer’s hardware has to work to keep up.

Google’s Chrome web browser is by far the most popular, closely followed by Safari, Microsoft Edge, and Firefox, respectively, according to StatCounter. Given that Safari and Edge are the default browsers for their respective systems, their popularity is not surprising. Despite the huge disparity in popularity between them, Chrome and Firefox are the most widely used third-party web browsers after popularity by default. Chrome has a market share of 65.7%, while Firefox only holds 3.14% of the market.

Firefox is an open-source, privacy-focused web browser that was developed and is now maintained by the Mozilla Corporation. It was first released in 2004. While it isn’t the quickest or most efficient browser available, it also doesn’t set out to be either. Firefox’s primary objective, according to the Mozilla Foundation, is to give people the greatest browsing experience possible. As a result, Firefox provides extensive customization through the use of themes and extensions, giving users more power. Firefox has versions for iOS and Android in addition to being compatible with Windows, macOS, and Linux. Firefox is the best option for a less intrusive web experience because it offers a variety of anti-tracking and cookie-blocking tools in addition to customisation.

The fact that Firefox is open-source is a key selling point for Mozilla, and DevOps claims that this makes the browser more stable and safe than most of its rivals. Firefox does gather user data, although the majority of it is used for testing, reporting crashes, and development. Most data collection may be disabled, and do-not-track settings can be adjusted per-site.

What is  Google Chrome ?

Chromium, an open-source browser also maintained by Google, serves as the foundation for Chrome, a proprietary browser created by Google. However, Chrome cannot be made available under an open-source licence. Once you comprehend why things are the way they are, that isn’t always a terrible thing. In two essential ways, Chrome builds on its Chromium heritage. First off, Chrome uses AVC and MPEG-4, two proprietary libraries and codecs that are not permitted to be used with an open-source licence. Second, Google adds unique features to Chrome that Chromium does not have, like APIs for logging into a Google account, automatic upgrades, data consumption tracking, and error reporting (via Google).

Chrome supports thorough platform synchronisation across its supported operating systems of Windows, macOS, Linux, iOS, and Android. You may transfer stuff between platforms, including bookmarks, favourites, passwords, and browser history, by logging into Chrome with a Google account.

Although Google Chrome has a privacy mode called Incognito Mode, neither your web traffic nor your browsing is considerably more safe when using it. Instead, Incognito Mode only requests that websites you visit while it is active not monitor you, and after the browsing session is over, all cookies and browser history are removed.

Performance and resource use

We’ve all heard the jokes about how much RAM Chrome uses, but is that really relevant today? The September 2022 Steam Hardware and Software Survey shows that while 21.39% of PCs have 8 GB of RAM, 53.19% of PCs have 16 GB of RAM, which is frequently regarded by PC enthusiasts as the absolute minimum. Less than 6% of PCs have less than 4 GB of RAM, therefore very few individuals will actually experience slower computer performance as a result of their browser preference, even though this data is skewed towards PC gamers and enthusiasts (statistics for basic business machines will likely be different due to this).

However, in the browser RAM test conducted by DeviceTests.com, Firefox performed only marginally better than Chrome. Both are not actually the best options if you need a browser on a low-end computer. The situation is different when it comes to CPU use, with Firefox beating Chrome by roughly 5% when used heavily, per Browser How. Additionally, both Firefox and Chrome employ multi-process designs, allowing for individual tabs to crash as opposed to the entire browser, thus enhancing overall stability even when hardware limits are reached. But as the results of the experiments above demonstrate, whether you’re using Chrome or Firefox, it’s smart to be cautious about tab hoarding.

Even Mozilla acknowledges that Chrome has access to more extensions despite the fact that Firefox and Chrome both provide a variety of add-ons and extensions via the Firefox add-on library and the Chrome online store, respectively. Firefox is somewhat ahead of Chrome in terms of features, but trails behind Chrome in terms of extensions. It has an integrated screenshot tool, built-in text-to-speech functions, and autoplay blocking. Where a feature is missing from Chrome, however, an extension is frequently available to add that functionality to Google’s browser.

Anti-tracking and privacy are two crucial areas where Firefox does outperform Chrome in terms of features. Chrome just lacks Firefox’s sophisticated, programmable anti-tracking and anti-cookie tools. Users have the option of customising privacy settings for each feature or choose between standard and severe degrees of privacy protection. The range of Firefox’s privacy options includes scripts used for crypto mining, cross-website tracking, fingerprinting, and cookies. Your email address is checked against a database (haveibeenpwned.com) by the built-in Firefox Monitor to inform you of any data breaches that may have involved you.

The “browser wars” are ultimately really boring if you’re only focusing on features, but that is, until you start talking about privacy, security, and corporate data practises. For instance, the Mozilla Foundation is a nonprofit organisation, whereas Google’s business model is centred almost completely around data and advertisements. What this means is that Google can tailor and target adverts based on the information it gathers about you through Chrome, which is a privacy concern for many.

Firefox does, as previously noted, gather some data; primarily usage data, location, and crash reports; however, Mozilla lets you virtually completely disable data collection and even offers instructions on how to do so. Users of Firefox can also permanently enable private browsing, and Mozilla asserts in its privacy statement that the information it gathers is only used to enhance Firefox’s functionality, compatibility, and reliability.

Firefox outperforms Chrome in terms of third-party tracking and cookie management, aside from how the browser itself gathers and utilises your data, making it a solid option for people worried about their online privacy. Firefox does sacrifice some speed and resource usage, but these tradeoffs are almost imperceptible. Firefox excels in privacy and personalization. Chrome is a good browser if you simply want something that functions well and offers a multitude of quality-of-life features because of its compatibility, interoperability, and reliability.

The beginnings and development of watches 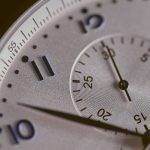 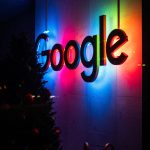 Google Hangouts Is No Longer Available