A Simple definition of what is cancer is that a diseases known by abnormal growth cells.

Cancer is therefore defined as a group of diseases which is known by abnormal growth cells in human species.

Cancer is a type of disease as quite popular in the entire world as it is dangerous. It is also among the most five life taking diseases in the world.

There are different reasons why cancer is quite a challenge to eradicate and heal. Apparently, victims are under relevant therapies prescribed by the doctor. Most of these therapies are very helpful but they don’t really cure the disease. What most of the therapies really do is remit the cancer inside you. Remission means that there are still very few signs of cancer in the body. There is also complete remission where there are completely no signs of cancer in the body. Remission does not really mean it is the end of the deal, the state is only for a periodical, roughly between 4.5-5 years. After that, the signs may be re-shows in the body of the patients again.

Researchers are working days and night trying to identify what really makes the cancer cells very difficult to eliminate. They must narrow down to the structure of the cancer cells to see what is really working behind the scene. They have done it but the study still continues.

Reasons Why Curing Cancer is Challenging

The Number of cancer cells is very high. When cancer cells start growing in one part or organ, they start dominate in the entire organ within the shortest time possible to increase their chances of survival even if the immune system of the body tries to fight them. This one makes it very difficult for the medicine administered or the kind of treatment used to entirely finish the cells off.

Different types of cancers might be present in one person.  It is scientifically proved that a person can suffer from different cancers at the same time. This will be a very difficult task for the immune system of the body. Moreover, too many therapies in a single body is also fatal since it weakens the patient as well. The body’s immune system and the cells involved are conquered completely by the rapidly multiplying cancer cells. At this stage, treatment is challenging near impossible since the immune system cannot be rekindled. This makes the body vulnerable and gives in to cancer.

Structure variations of the cancer cells. The cells create other cells like themselves hence it becomes very difficult to point out the cells and begin the right treatment and therapy. The different variations can either be deletions, replications, duplication or insertions in their DNA.

Evolution of the cancer cells. Researchers have discovered that the cancer cells you observe in a given time in a certain part of the body and probably commence treatment for, are not the same kind of cancer cells you will get next time you examine the same part. The cells will have advanced from the state they were in the previous screening and the previous diagnosis will be obviously useless since it won’t work on the new cells. The counter change and growth of the cells happens very fast and perfectly.

If you take a closer glance at the pyramid of cancer infections in aspect of economic or social levels, you will find out that many of the middle class people are suffering from cancer. These people hardly know of their situation in early stages until they start collapsing or showing extreme signs and symptoms. When taken to hospitals, that is when they realize what they are suffering from. Now, the cancer will have already advanced and therefore its hard to treat let alone cure. The lower economic level of people doesn’t let them attend regular screening that is why they never known to these diseases in early stages.

In conclusion, I would like to urge the world to make sure that all people are exposed to cancer awareness as early as possible. The types of cancer, ways to prevent them, medication and other sorts of knowledge necessary for all people to know. It’s good we kick Cancer out of the universe together. Sure, Prevention is better Than Cure.

The mystery of Bermuda Triangle 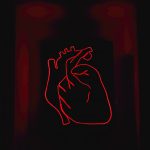 Introduction to Pacemaker and a Self-Powered Pacemaker