The tour of the Solar System by the James Webb Space Telescope has recently revealed the most distant planet in our cosmic neighbourhood. The first photograph of Neptune from the observatory has been released, and it provides the greatest look of the ice world’s rings in over 30 years. The image is not only crisp, but it also provides the first glimpse at the dust-based rings in the near-infrared range. At these wavelengths, the planet does not seem blue; instead, it absorbs so much infrared and visible red light that it appears gloomy and ghostly.

The image also includes seven of Neptune’s 14 known moons, including Triton (the’star’ at the top), Galatea, Naiad, Thalassa, Despina, Proteus, and Larissa. The planet’s brilliant patches and streaks are methane-ice clouds, including a swirl enclosing a vortex at the south pole. Triton’s eye-catching appearance is the result of both the James Webb telescope’s characteristic diffraction spikes and a condensed nitrogen surface that generally reflects 70% of sunlight.

Scientists are extremely interested in Neptune. It is distant enough from the Sun, at about 2.8 billion miles, to deal with characteristics that aren’t present for closer planets, such as very low temperatures and a very lengthy (164-year) orbit. Triton’s unusual retrograde orbit even raises the possibility that it is a Kuiper Belt object that succumbed to Neptune’s gravitational attraction.

This is only the beginning of the James Webb telescope’s study, and experts anticipate to acquire further data of both Neptune and Triton within the next year. As with recent observations of Mars and Jupiter, scientists are merely gathering preliminary data at this time. You may have to wait a bit for new discoveries that will increase our understanding of Neptune and space in general. 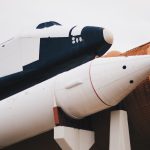 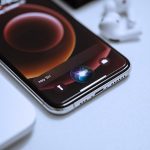 The top smartphones available at the moment now