Have you ever wondered how Sony got into the video game industry? Alternatively, you may have heard that Atari abandoned thousands of gaming cartridges in the New Mexico desert. Or perhaps you want to discover who the actual King of Kong is. These are just a few of the questions addressed in some of the greatest and most intriguing video game films available right now.

It’s easy to get caught up in the marketing flash and glam of new systems like the PlayStation 5 and Xbox Series X, or in the buzz surrounding upcoming blockbuster releases. However, video games have a long and illustrious history, and even the most casual players will find these industry stories fascinating.

Give your thumbs a rest and watch these games-related movies to learn the fascinating stories behind your favourite games and platforms.

A Fistful of Quarters, King of Kong (Amazon Prime Video)

Almost everyone agrees that King of Kong is fantastic. The documentary follows Billy, a restaurant owner, and Steve, a science teacher, as they fight to see who is the finest Donkey Kong player in the world. But that description doesn’t do justice to the story’s complexity, quirkiness, and lunacy.

AAA titles such as Cyberpunk 2077 or Final Fantasy 7 Remake need a small army of developers as well as a nine-figure budget. Independent games are created with significantly fewer resources, generally by a few of individuals. They are sometimes created by a single individual.

Indie Game: The Movie demonstrates the tenacity, devotion, and perseverance required by indie developers. This award-winning documentary is available on Amazon Prime Video for rent or purchase.

The video game market imploded in the early 1980s, much as the dot-com boom did at the turn of the century. Many factors contributed, but many people point to E.T. on the Atari, a historic commercial flop. Atari: Game Over chronicles Atari’s growth and decline, as well as the legend that Atari buried unsold copies of E.T. in the New Mexico desert. It’s available for purchase or rental on YouTube.

Based on Blake J. Harris’ informative 2014 book, this feature-length documentary delves into the tense early-90s battle between Sega and Nintendo for control of the gaming business. Sonic the Hedgehog faced off against Mario, irritating commercial bouts competed for your attention, and censored versus uncensored Mortal Kombat went violent. They’re vivid recollections for those who were there, or the beginnings of an astonishing story for others who weren’t.

Console Wars introduces you to a slew of colourful characters from the early days of the video gaming industry. Former Sega of America CEO Tom Kalinske, who also oversaw Mattel’s relaunch of He-Man and Barbie, is a noteworthy presence.

The only way to see it right now is with a Paramount Plus subscription, which starts at $5 per month.

If you want to learn more about video game history in general, the six-part Netflix documentary High Score is the way to go. Each episode focuses on a different aspect of the business, such as Atari’s demise, Nintendo’s ascent, and Street Fighter 2’s effect on esports. The portion on Sega’s challenge overlaps with Console Wars, offering a more complete picture of the scenario if you watch both.

High Score is a bit disjointed at points, but it provides a gratifying overall view of how gaming has evolved since the 1970s. Netflix has released all six episodes.

From Bedrooms to Billions: The PlayStation Revolution (Rent or buy)

The PS2, PS3, and PS4 chapters are significantly shorter, but they provide a good perspective as we approach the PS5. It is currently available on streaming, Blu-ray, and DVD.

The 2023 Electric Vehicles I’m Most Excited About 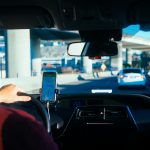