Elon Musk’s Starlink company seeks to offer internet connections to practically anybody on the earth via a growing network of private satellites circling overhead. Customers will be charged $150,000 for the gear required to connect a plane to Starlink, with monthly fees ranging from $12,500 to $25,000 for unlimited bandwidth.

Starlink Aviation hopes to begin shipping the internet terminals in mid-2023, with download rates of up to 350 Mbps, allowing “all passengers to access streaming-capable internet at the same time,” according to the company’s website.

Starlink is a constellation of around 2,000 low-Earth orbit satellites designed to provide global access to rapid Wi-Fi. It signed an agreement earlier this year to provide free Wi-Fi to Hawaiian Airlines customers on flights throughout the Pacific, including to the continental US, Asia, and Australia. JSX, a carrier, has already agreed to utilise Starlink.

SpaceX also provides a satellite internet service called Starlink for RVs, which is geared at customers who often travel in RVs, campers, and other big vehicles. The service costs $135 per month, which is $25 higher than Starlink’s residential service, and there is a one-time equipment charge of $150. 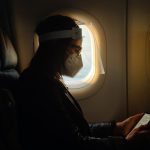 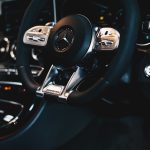