Dennis Tito, the world’s first space tourist, and his wife, Akiko, will embark on SpaceX’s second commercial mission around the moon on its Starship rocket, the firm said on Wednesday.

Tito, a rich engineer, was 60 years old when he became the first private civilian to travel to space aboard the Russian rocket Soyuz TM-32 in 2001. Tito would spend eight days aboard the International Space Station, a place previously only accessible to professional astronauts and military or government-sponsored persons.

SpaceX named the Titos as the first crew members for Starship’s second commercial mission around the moon in a tweet on Wednesday.

“The Titos joined the mission to contribute to SpaceX’s long-term aim of advancing human spaceflight and assisting in the multiplanetaryization of life,” SpaceX stated in a statement.

The Starship will travel within 124 miles (200 kilometres) of the lunar surface during its week-long trip. SpaceX has not disclosed a launch date for the journey, but SpaceX CEO Elon Musk stated in September that the next-generation space vehicle will be sent into orbit for the first time in late October or November.

The first commercial voyage around the moon is scheduled for 2023, when Japanese billionaire Yusaku Maezawa and a crew of eight artists and entertainers will launch aboard Starship. 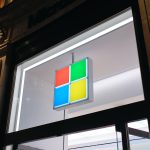 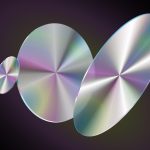 Employees are avoiding the Metaverse as well.