The private organization started by CEO of Tesla motors Elon Musk in 2012, Space X is on its way to officially launch a rocket which can be reused. The reusability of the rocket can make great changes in air transportation.

Space X’s reusable rockets will make space travel cheaper by hundred-fold. Before his invention, NASA had to dispose every rocket after a space flight and create a new one for another flight, in which billions are spent. However now, with these game-changing flights, humanity can wonder about as much space exploration as possible.

After the success of Falcon 9 which can be used repeatedly, Elon Musk introduced the idea to use these rockets to travel anywhere around the globe in merely 60 minutes or less with the cost almost same as economy flight. In 2017, at International Astronautical Congress in the South Australia city of Adelaide, he revealed the notion of boarding the ship from New York to get to the Launchpad in Hudson river, where they take flight to London in half an hour.

“If we’re building this thing to go to the moon and Mars, then why not go to other places on earth as well?” Elon Musk said. 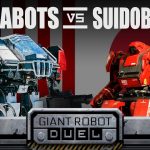 Disney escorting the people to a wireless Future