The internet was flooded with pre-release video of GTA VI, the latest instalment in the Grand Theft Auto series, on Sunday. Now, Rockstar Games, the firm behind the franchise, has announced in a tweet, Rockstar confirmed the veracity of the leak, stating that a hacker acquired private material, including “early development video” of the upcoming Grand Theft Auto title. The company does not anticipate any long-term harm to development or live services such as GTA Online, but was “very upset” that facts about the next game were published in this manner.

What caused it to appear?

The tape was obtained, according to the hacker, via getting into Rockstar’s Slack channel, a communication network used for internal cooperation. He claims that the 90 videos were put online and were easily downloaded.

It was done because Rockstar Games announced that it had been attacked after a threat actor, claiming to be the same person who hacked Uber last week, disclosed secret data.

A note from Rockstar Games regarding this matter

“We recently suffered a network intrusion in which an unauthorized third party illegally accessed and downloaded confidential information from our systems, including early development footage for the next Grand Theft Auto,” Rockstar says on twitter “We are extremely disappointed to have any details of our next game shared with you all in this way. Our work on the next Grand Theft Auto game will continue as planned and we remain as committed as ever to delivering an experience to you, our players, that truly exceeds your expectations.”

Rockstar assured further updates “soon,” and that GTA VI development will go “as planned.” More information was not provided by the game’s creator. However, parent firm Take Two has urged initial leak host GTAForums to remove material, which supposedly contains Bully 2 plans and may include code for several GTA titles, according to Windows Central. The hacker’s initial Telegram channel is no longer active.

The leak was unprecedented, with 90 videos of a very early build of GTA VI included. The video appear to confirm July reports of a return to Vice City (aka Miami) as well as a Bonnie and Clyde-style duo of male and female protagonists. There looks to be a host of functional improvements as well, ranging from enhanced animations to a robbery system.

Because the completed result is likely to be considerably more polished, the GTA VI material may not do much damage. However, there is fear that any GTA Online code might make it simpler for hackers to exploit loopholes and sour the game for other users.

Will GTA 6 be decided to release, or will it be delayed?

Rumors from July 2021 also said that GTA 6 will return to Vice City. According to these reports, GTA 6 will take set in a modernised version of the series’ analogue for Miami. The map in GTA 6 will develop or extend over time, maybe through DLC or live game updates, according to these same projections. “At this time, we do not expect any disruption to our live gaming services, nor do we foresee any long-term impact on the development of our ongoing projects.” We are incredibly upset that any information about our forthcoming game is being shared with you all in this manner. 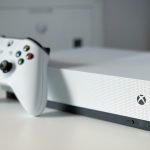 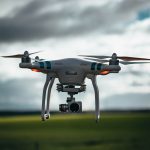 Auto makers don’t seem to be willing to get involved in Boom’s supersonic jet.