The History of the 1918 Flu Pandemic

Reasons behind the outbreak of this worldwide first pandemic.

The 1918 influenza pandemic was the worst in modern history. It was caused by an H1N1 virus containing avian genes. Although there is no unanimous agreement on where the virus started, it travelled around the world throughout 1918-1919. It was originally discovered in military soldiers in the United States in the spring of 1918.

During the epidemic, the death rate was quite high.

This virus is said to have infected 500 million individuals, or one-third of the world’s population. The death toll was believed to reach at least 50 million globally, with around 675,000 happening in the United States. People less than 5 years old, 20-40 years old, and 65 years and older had the highest mortality rates. The high fatality rate in healthy persons, particularly those aged 20 to 40, was a distinctive aspect of this epidemic.

Efforts were made to manage this outbreak but were unsuccessful owing to a shortage of antibiotics and worldwide help.

While the 1918 H1N1 virus has been manufactured and tested, the features that made it so lethal are still unknown. With no vaccine to protect against influenza infection and no antibiotics to treat secondary bacterial infections associated with influenza infections, global control efforts were limited to non-pharmaceutical interventions such as isolation, quarantine, good personal hygiene, disinfectant use, and public gathering restrictions, which were applied unevenly.

In 1924, the first round-the-world flight was carried out.

On April 6, 1924, eight United States Army Aviation Service pilots and mechanics in four aero planes took out from Seattle, Washington, to complete the first air circumnavigation of the world. They finished the voyage 175 days later, on September 28, after stopping 74 times and travelling over 27,550 miles.

The planes were named after American cities and were assigned flight numbers: Seattle (1), Chicago (2), Boston (3), and New Orleans (4). (4). They travelled through the Pacific, Indian, and Atlantic oceans, experiencing climate extremes ranging from cold to tropical. Lowell Smith and Leslie Arnold flew the Chicago, and Lts. Erik Nelson and John Harding Jr. flew the New Orleans.

On April 6, 1924, the World Flight officially began in Seattle, Washington. The pilots travelled up the Canadian coast to Alaska, where they encountered frigid temperatures, dense and unpredictable fog, and powerful storms. On May 15, the first flight across the Pacific Ocean took place between the Aleutian Islands and the Soviet Union’s Komandorski Islands.
The fliers faced williwaws, or “woollies,” in Alaska’s Aleutian Islands—sudden, fierce, devastating gusts up to 75 miles per hour that swept down from the mountains. Read Leslie Arnold’s journal entry on them.

On August 31, the Chicago and New Orleans crews flew across the Atlantic from Ivigtut, Greenland, to Icy Tickle, on Indian Harbor in Labrador, Canada. Boston pilots Wade and Ogden resumed the flight three days later in Nova Scotia aboard the newly dubbed Boston II, a Douglas World Cruiser prototype.
When the pilots arrived in the United States, they were quickly fatigued by the parades, receptions, speeches, and dinners held in their honour. Everyone, including President Calvin Coolidge, wanted to see them. Coolidge sent them a secret telegram, which they read.

“If our hospitality seems ferocious, forgive us because it comes from the heart. You will find as you proceed along the home stretch that these receptions are the first evidence of the feeling that all Americans long to show you. The world never forgets its pathfinders. Those who trod the wilderness and cross the seas filled with dangers are never forgotten by posterity.”

When the World Flight arrived in the United States, it was met by adoring throngs anxious to witness America’s newest flying heroes. The planes went from New York to Washington, D.C., then west through the Alleghenies to Dayton and Chicago, then south to Dallas. They then travelled southwest over the desert to San Diego. Their spectacular trek across the West Coast ended in the formal end of the World Flight on September 28, 1924, in Seattle.

Claude Grahame-White and Charles Lindbergh were two well-known airmail pilots who went on to make a significant effect on aviation in the late 1920s.

Penicillin was discovered and developed on 1928.

The discovery of penicillin in the 1940s, which launched the antibiotic era, is regarded as one of the biggest advancements in therapeutic medicine. Penicillin was discovered and the initial recognition of its therapeutic potential occurred in the United Kingdom, but due to World War II, the United States played a major role in developing large-scale production of the drug, transforming a life-saving substance in limited supply into a widely available medicine.

Penicillin signalled the beginning of the antibiotic era. There was no effective therapy for illnesses such as pneumonia, gonorrhoea, or rheumatic fever before to its introduction. Hospitals were packed with individuals suffering from blood poisoning caused by a cut or a scrape, and physicians could do nothing but wait and hope.

But it wasn’t until 1928 that Alexander Fleming, Professor of Bacteriology at St. Mary’s Hospital in London, developed penicillin, the first real antibiotic.

On September 3, 1928, Fleming returned from vacation and began sorting through petri dishes containing colonies of Staphylococcus, germs that cause boils, sore throats, and abscesses. He saw something out of the ordinary on one of the dishes. Except for one spot where a glob of mould was forming, it was peppered with colonies. The area immediately surrounding the mould, which was eventually identified as a rare strain of Penicillium notatum, appeared clear, as if the mould had produced something that prevented bacterial development.

Fleming discovered that his “mould juice” could destroy a wide spectrum of dangerous bacteria, including streptococcus, meningococcus, and diphtheria bacillus. The laborious process of separating pure penicillin from mould juice was subsequently assigned to his subordinates, Stuart Craddock and Frederick Ridley. It proved to be extremely unstable, and they could only construct primitive material solutions to work with. In June 1929, Fleming published his findings in the British Journal of Experimental Pathology, with just a fleeting mention of penicillin’s possible medicinal effects. At this point, it appeared that its primary use would be to separate penicillin-insensitive bacteria from penicillin-sensitive bacteria un a mixed culture. This was at least of practical service to bacteriologists, and it maintained interest in.

There have been numerous occurrences across the world that are quite notable, such as:

in 1975 Spaghetti House Siege in London,

Victrola created a $799 turntable that is compatible with any Sonos speaker. 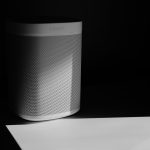 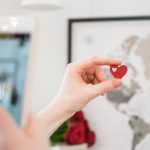