Generally, an astronomer is a person who has studied astronomy and probably that is his or her career.

Astronomy is the study of stars, planets, galaxies, black holes, meteoroids and other things that are composed in our universe.

An astronomer deals with things associated with space and space life. This career is not a joke but it’s worth it since it’s a well-paying and a unique one. Once you complete your studies, there are very high chances for you to stay jobless for a very short while. You might as well get a chance to work with NASAs astronomers.

Personal attributes are not enough. One must have academic qualifications as well. One must perform quite well in their high school in the following disciplines or subjects; Mathematics, Science especially physics and chemistry and English.

Also, one has to be able to apply scientific skills especially physics and chemistry principles, data analytics skills, good research skills and mathematical skill. Ability to work out mathematical problems precisely and accurately.

In addition to personal attributes and secondary schools academic qualifications, one must enrol in a university well equipped and offering a degree in science. The university should have a Telescope that has a big aperture and a wide range of magnification enabling you to observe the sky and the components of the space clearly. This will work so well in the orientation of the astronomy field and you will have easy time when you come across objects you have already observed. In the university, you should join a relevant group of fellow students or a club who are taking the same course as you so that you can exchange ideas and discuss the terminologies.

Later, you should major in Astronomy specifically and pursue a master’s degree which will take around 2-3 years. During these years of your master’s degree, you are able to research on astronomy well and probably write a thesis which will help you in advancing your knowledge in the field. As you continue with your studies, you can figure out your area of most interest in Astronomy too. Whether it’s solar, cosmos, radio or galactic astronomy and major on it. In doing this, you can pursue a PHD in your area of most interest and when you pass the necessary test, you will be a profession in your career and surely a good Astronomer.

It’s not quite easy but if you have that drive which is intrinsically driven from you, it’s worth your every second.

Update your dictionary with more of the Maths, Physics, Data, Celestial Objects and Cosmos

Importance of Water in our Body 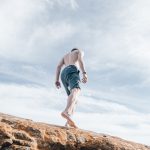 Facts About Human Bodies You Should Know