Pacemakers are gadgets implanted into human bodies to support heart beats necessarily by generating pace in our hearts, similar to artificial heart beat.

It is designed to generate rhythmic boost to the heart beats to ensure that the heart beats would not get too slow or stop. They have saved lives a worldwide. They are also expensive but low maintenance cost.

The usual pacemakers however, have been facing a very serious challenge. Their batteries are only meant to power the pacemaker for a short period of approximately 5-11 years compared to the life expectancy of any human being after which, they have to be replaced through a surgery. This Process can be very fatal and comes with side effects to the patient. Due to the frequent surgeries they could suffer several complications in the heart like bleeding and other infections.

Apparently, scientists have come up with a new design and a better pacemaker which is self-powered. It is specifically and scientifically designed to generate its power from the heartbeats themselves. This makes it more effective and reliable than their older counter-parts. It is also very economical and healthy to the patients since it comes with no side effects. This new design is very beneficial to the patient since it does not require regular changing because the battery is self-powered.

Challenges such as rigid structure and drawbacks with miniaturisation have been making the pacemakers difficult. This time round, they have improved on their strategy and definitely technology by making a more manageable size, flexible frames and piezoelectric layers which generates energy when bent. This is a good shot for the scientists to curb any known shortcoming, which might prevent 100% effectiveness.

Successful Test Results on a Pig

A pig was used to test the workability of the device since its physiology and physical structure is quite similar to that of ours.  The experiment disclosed successful results and therefore, this pacemaker is believed to do perfect work in human beings.

The pacemaker is implanted under the skin near the collarbone. The pacemaker’s battery creates electrical signals that are conveyed to the heart via implanted electrodes.

The force generated when the heart beats has the capability of altering the pacemaker’s frame shape momentarily. This enables the pacemaker to convert the pressure or force exerted to it into power hence production of enough energy to do charge the pacemaker and keep it going.

Researchers says that this is a great encouragement step to making a self-powered heart pacemaker.

What is Cancer Will cancer get cured? 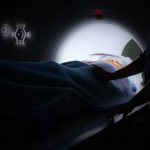 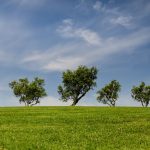