Just like any other rechargeable batteries, Lithium-ion (Li-ion) Batteries comprises of power-generating compartments called cells which make use of lithium-cobalt oxide to work.

The lithium-ion batteries works in generally similar ways as other batteries. When the battery is charging up, the lithium-cobalt oxide, positive electrode gives up some of its lithium ions, which move through the electrolyte to the negative, graphite electrode and remain there. Thereafter, the battery absorbs the energy and stores it. When discharging, the lithium ions in the battery move back across the electrolyte to the positive electrode, producing the energy that powers the battery. During the clockwise and the anticlockwise circulation or process, electrons flow in the opposite direction to the ions around the outer circuit. Electrons don’t flow through the electrolyte since it acts as an insulator and a barriers far as electrons are concerned.

Movement of lithium ions and electrons clockwise and anticlockwise are connected and if one of the process ceases to proceed, the other process automatically ceases as well. If you switch off the appliances which are charging or rather supplying the power to the battery, the flow of electrons will stop as well as the flow of ions. The flow of both totally depends on the existence of the other one.

When there is no more room for ions to flow, the battery is fully charged.

As the battery charges and discharges, the lithium ions shunt/move back and forth from one electrode to the other through the electrolyte. 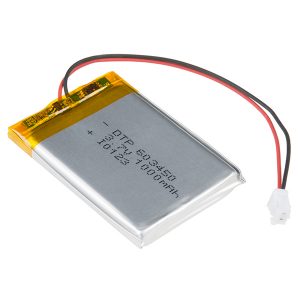 Some of the advantages of these batteries (Li-ion Batteries) over the batteries are outlined below.

They are more reliable than the other batteries since they don’t suffer from a problem commonly referred to as the memory effect (where NiCad batteries appear to become harder to charge unless they’re discharged fully first).Also, they are environmental friendly. This is because they don’t contain cadmium (a toxic, heavy metal) which pollutes the environment. Another advantage of Li-ion Batteries is that they charge very fast than the other batteries.

However, Li-ion Batteries also have some of their disadvantages. Compared with gasoline in terms of power storage, these rechargeable batteries store only a portion of the total energy present in ordinary gas. Also,the fuel driven automotive only refuel within few minutes but the automotive which rely on these batteries are disadvantaged since the battery takes long before it fully recharges. In another way, these rechargeable batteries can explode and catch fire if they overcharge which can prove to be very fatal. In order to curb this danger of explosions, the Li-ion Batteries are in-built with an automatic circuit breaker which stops the power entry into the battery as soon as the battery is fully charged. 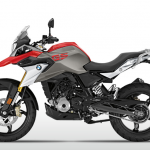