On Monday, the Fossil Gen 6 smartwatch series received its long-awaited upgrade to Wear OS 3, which included a revamped setup procedure. The upgrade comes only days after Fossil unveiled the $299 Gen 6 Wellness Edition, which has Wear OS 3, making Fossil’s watches one of the few options to utilise Google’s OS with an iPhone. While worldwide availability for the Wellness Edition has not been confirmed, other Fossil Gen 6 watches start at £279 in the UK and AU$499.

Anyone using the Gen 6 with an iPhone will be instructed to install Fossil’s new companion app as part of the Wear OS 3 upgrade, which will replace the Wear OS app via which the Gen 6 previously synced. With the upgrade, Fossil also introduces its own wellness-tracking functions, but the watch will continue to enable monitoring via Google Fit for the time being. According to a Fossil spokeswoman, moving data from Google Fit to the new Fossil app is presently in the works and will be accessible shortly.

Despite the fact that the new Wear OS 3 features Fitbit fitness monitoring on the Android-only Pixel Watch, Fossil says it is not yet available for the Gen 6 watches. However, Fossil does not rule it out, as the Gen 6 supports other fitness applications available on the Play Store.

“We’re separately excited to see the Fitbit app for Wear OS 3 coming to our watches, and we hope most of you are content with the myriad of other health and fitness applications out there, including our own,” a Fossil spokeswoman said.

The Gen 6 watches will also be compatible with the Google Play Store and other Google services, thanks to cooperation with Razer and Skagen.

The Fossil Gen 6 arrived last year with the announcement that it will soon receive the Wear OS 3 upgrade. According to Fossil, the Gen 6 can charge from zero to 80% in 30 minutes. The Qualcomm Snapdragon Wear 4100 Plus processor powers the new watches.

The Montblanc Summit 3 is the only other smartwatch on the market that runs Wear OS 3 and, like Fossil, is iOS compatible. However, at $1,290, the Montblanc is in a very other premium pricing level than the $299 Gen 6. 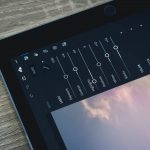 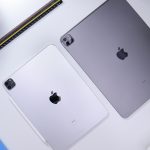