First crops on moon, as the headlines dictates, is among the outstanding technological experiments in Space, China has brought forward recently.

It’s amazing how China has defied the commonly known logic and challenged reality by this extra ordinary step and how they incorporated simple scientific principles to eventually achieve their goal. In this article, I am going to dig deeper into details how Chinese’s scientists do it and the constituents of their project.

How do they do it?

The scientists use an aluminum container, known as a moon surface micro-ecological circle, which weighs just 3kg, but cost more than 10 million yuan (£1.15m). The container is designed to maintain a temperature between 1 and 30 degrees, allow in natural light and feed the plants with water and a nutrient solution.

They started with the cotton seeds, yeast, fruit fly eggs and potato seeds. The aluminum container where they kept the material was sealed, self-sustained biosphere that provided the necessary climate, nourishment and mandatory conditions for germination and growth of plants.

The cotton plant seeds were the first to sprout therefore encouraging the scientists in a great deal. The components in the sealed container were carefully designed to serve the role of producer,  consumers and decomposers, therefore, making a complete ecosystem.

However, some prime challenges were poking their noses during this project. China had a difficult task to prove that the plants growth will turn out to be positive. The varying temperatures as well as the low gravity conditions were also part of the challenges they faced. Also, the lander had to make frequent and accurate dramatic changes to preserve the biosphere’s conditions and keep its interior relatively consistent.

In conclusion, if the project and the 100 days project China is doing at space succeeds, it is going to yield countless advantages including favoring long term visits to the moon since the astronauts can get food supplies from the plants to be grown there. China surely deserves an applause for the great step and the significant milestone they are about to take in space travel, technology and also life. 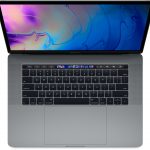 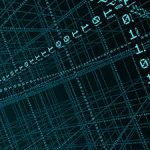 A Step by Step Guide for Data Scientists