In this closed look on a battle between Apple iPhone X and Google Pixel 3, we will compare both of the smartphones side by side.

Both of the above phones are an excellent and exquisite choices not forgetting that both possess outstanding properties and features. Nevertheless, they both are quite different in multiple ways as well as similar. In this battlefield, I am going to discuss about both of them. Stay till end, you don’t wanna miss this.

The iPhone X is an Apple brand while the Pixel 3 is a Google brand. The models of the phones correspond their names.

Both iPhone X and Pixel 3 possesses a loud speaker, but no FM radios. The iPhone X`s audio jack is a lightning type while the Pixel 3`s is an USB type-C.

The phones have high battery power but they vary in terms of mAH.iPhone X has a battery possessing power of 2716 mAh while Pixel 3`s has that of 2915 mAh.They both sustain long battery lives and charges very quickly especially iPhone X which charges above 50% in the first 30 minutes.

They both possess a very exceptional internal storage of 64GB each but the memory is not expandable.Thier RAMs however, are a little different .The IPhone X has a RAM of 3 GB while Pixel 3 has a RAM of 4GB.

In addition, both the gadgets are excellent, each on its own way. They therefore possess special features which am about to outline. They are both waterproof. They can possible be Water resistant up to 30 minutes in a depth of 1 meter. Their graphics and camera power is beyond comparison. Apple iPhone X has 5.8″ (14.73 cm) display and 12 MP + 12 MP camera power. The Google Pixel 3 has 5.5″ (13.97 cm) display and 12.2 MP Camera power. They both have a pixel density of above 435 ppi which is very commendable.

In terms of price, they are both quite expensive and it’s worth your every coin considering the features I have talked about above. However, in terms of figures, Apple iPhone X is more expensive than Google Pixel 3.` 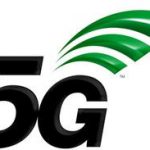 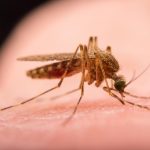 Why mosquitoes don’t get infected by Malaria? – Plasmodium and Granulocytes Facts