The most recent release of Apple’s Mac operating system, macOS 13 Ventura, is currently available and it includes a dizzyingly long list of improvements and changes. Apple seems especially enthusiastic about one of these upgrades, the Continuity Camera. With Continuity Camera, you can use your iPhone as a wired or wireless webcam for your Mac, complete with automatic switching when the phone gets close to the computer, for use in conference calls and video meetings.

A variety of camera options are supported by the feature, including Portrait Mode, which eliminates the background behind you, Studio Light, which alters the contrast between you and your background, Desk View, which mimics an overhead shot, and Center Stage, which keeps you in the centre of the frame even when you move around. Many FaceTime features, such as hand-off between your Mac and your iPad or iPhone, live captioning, and voice control hang-up instructions, are also coming with Ventura’s camera upgrades. In order to copy and paste identified text from a still frame, search up translations, or even follow tracking details if the image contains the appropriate information, Live Text can also be used with films.

There are a number of new features in macOS Ventura that are noteworthy (some of which we’ve already examined), and several improvements have been made to email, camera-related functions, privacy, security, accessibility, and other areas (via Apple). Even the Clock app, which has long been a feature of the iPad and iPhone, is expanding.

Email reminders for opened messages, a “undo send” option, and other features are supported by Mail. It will be simpler to use Files, Numbers, Pages, and other comparable apps to collaborate on projects with others who are taking part in a conversation via messages. Emojis will be supported by dictation, and punctuation will be decided automatically. Duplicate images can be found and removed automatically by photos, and you can copy and paste adjustments made to one image onto entire batches if you choose. The list is endless, but suffice it to say that Ventura’s upgrade will provide you a tonne of additional tools with which to experiment.

How to obtain macOS Ventura 13

Currently, macOS Ventura is a free download if you want or need to install it on your Mac. Simply open System Preferences and choose Software Update, and a prompt for it should appear in the menu pane. Be sure to allow enough time for the download and installation, which Apple estimates will take up to 12.5 GB. OS updates can take some time, especially if you’re upgrading to a completely new one. 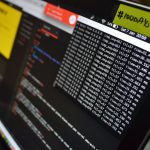 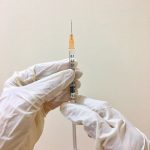 What You Need to Know About the Polio Vaccine