Artificial Intelligence (AI) makes it possible to do human-like actions or tasks by learning from experiences. 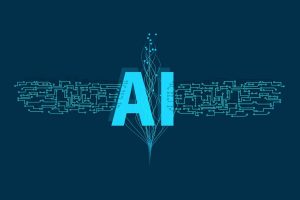 SenseTime is a leading artificial intelligence software company. It develops technologies like face recognition, object detection, optical character recognition, image recognition as well as video analysis. Besides this, it develops technologies like autonomous driving and remote sensing. The founder, Tang Xio’ou Li aims to create a better AI-empowered future through innovation.
SenseTime provides AI products and services including smart city, smart auto as well as smart business. Besides this, it offers smart education, smart healthcare as well as smart life to empower connections. It provides privacy, protection data and security to national and international industries also.

In addition, SenseTime is the only company to have its code of ethics for AI sustainable development. It is one of the 50 best-practice companies in China’s digital economy. It is listed on the main board of the stock exchange of Hongkong also.

Pony AI is an autonomous vehicle company that develops safe and safe and reliable self-driving technology. It was the first company to launch robotaxi services. Their service is provided in Beijing, Irvine, Guangzhou and California also.

Besides, Pony AI is the first artificial company to offer public-facing robotaxi service in China and California. Its founder aims to deliver autonomous mobility services everywhere all around the world.

Dr. Peng, Founder of Pony AI worked at Baidu as well as Google for 11 years. Now he is the leader in self-driving car technology. He aimed to solve the people’s problems related to mobility or autonomous mobility. He uses artificial intelligence for long-term as well as safe driving operations even during extreme weather.

In addition, Pony AI makes possible a fully autonomous ride with no human intervention. It offers autonomous driving through AI not only for passenger robotaxis but for long-distance freight trucks too.

Argo AI empowers self-driving vehicles by providing them with artificial intelligence products and services. It includes hardware, software, HD maps, Infrastructure as well as backend support needed. It makes sure of safe and reliable autonomous driving. Ford, Volkswagen and Walmart are the world’s leading consumer companies that have partnered with Argo AI. It builds self-driving products that lead to a safer journey. For example, Argo Lidar is a laser sensor. This laser sensor has a range of more than 400 meters, detects low reflecting objects as well as 360-degree rotation for full coverage.

Besides, Argo AI builds an Argo Watch, which is a suite of cloud services to offer real-time map updates and software diagnostic as well. It offers autonomous delivery services also.

Dataiku offers Data Science, Machine learning, and Artificial Intelligence services to all companies. These companies take such services in order to enhance their success. It is a data-powered company that provides Big Data, shortcuts to Machine Learning, Artificial Intelligence management as well as a controlled environment. It gives exponential growth to the companies. Dataiku makes it easy to explore or analyze statistical analysis and charts to understand data insights also.
In addition, Dataiku uses data and AI systematically for companies to reach their goal of success. It has more than 400 customers at this time. The leading companies like Unilever, GE and FOX Newsgroup are the major customers of Dataiku. It enables companies to use advanced analytics to work faster and smarter. 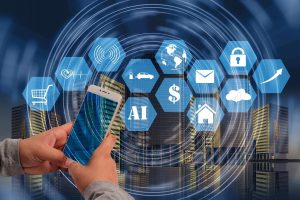 Open AI is one of the top Artificial Intelligence research laboratories that develop different AI platforms. Elon Musk and Sam Altman (founders of Open AI) aim to ensure that Artificial General Intelligence (AGI) benefits all of humanity. Open AI’s API provides access to GPT-3. It performs a wide variety of natural language tasks. Besides, it develops Codex, which translates natural languages to code. IBM, Salesforce, Intel and Cisco are the companies that use Open AI’s API.

Besides this, it develops a neural network platform called DALLE-E. It is able to create pictures from text captions. And it covers a large range of concepts. Open AI makes it possible by using a dataset of text-image pairs. DALLE-E has also learned about different landmarks, geographic facts and neighborhoods as well.

Open AI has introduced Jukebox. It is a neural network that generates music as an output. Besides, Open AI has trained pairs of neural networks to solve the Rubik’s cube with a human-like robot hand. 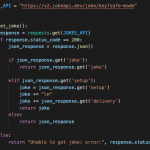 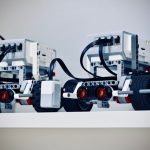 Robotics companies in the world to watch 2022