It might be quite attractive to spend a lot of money on a new television using TV technologies like OLED screens. However, another solution should be considered. Nothing beats the pleasure of watching your favourite movies or television shows with a 4K projector. Furthermore, the greatest 4K projectors may become bigger than any TV and take up less space, so you can preserve your living room’s gorgeous TV-free decor while simultaneously watching a movie or programme when you choose. While projectors have a reputation for being pricey, there are a lot of good 4K ones that are relatively reasonable these days.

But keep in mind that resolution is only one component of image quality. A projector with a good contrast ratio, wide colour gamut, keystone correction, and brightness may easily outperform a 4K UHD projector that merely provides better resolution at the expense of everything else. The greatest 4K projectors combine outstanding performance in all aspects of image quality with 4K resolution to produce stunningly breathtaking images.

If you’re ready to take your home entertainment to the next level, these are the finest 4K projectors available. If 4K HDR isn’t your main goal, check out our list of the best home theatre projectors for 2022 for other, typically less expensive, alternatives. If mobility is more important to you, we also offer a list that will help you locate a portable projector to take with you.

Because it strikes the ideal mix between image quality and pricing, the Epson Home Cinema 5050UB is the greatest all-around 4K projector. An good contrast ratio, along with amazing brightness and accurate colour, all with greater detail than a 1080p projector, and you’ve got the makings of a beautiful image. This UHD projector is not inexpensive, but it provides a substantial improvement in image quality over comparable 4K projectors. The addition of extensive lens shift and a motorised zoom is the frosting on the cake.

The most effective 4K laser projector

The Epson LS11000 generates light using a completely different technology: lasers! Most other projectors utilise UHP lights, which are essentially glorified light bulbs. The LS11000 can now produce a bright, vivid image with shorter startup and shutdown times, no bulb change, and a higher dynamic contrast ratio. While it is more expensive than the HC5050 at initially, it will cost around the same throughout the life of the projector. The 5050 outperforms the LS11000 in a few areas, but it produces a more colourful, detailed image overall.

Best 4K projector for the money

The Sony VPL-VW325ES is a thoroughbred among ponies, a Porsche among Volkswagens, a knockout with a price to match. The contrast ratio, by far the most essential feature of total picture quality, is superior to the Epson 5050 and much superior to any projector that does not cost significantly more. That’s saying a lot considering the Sony is substantially more expensive than any other projector on this list. If money isn’t an issue, the 4K resolution visual quality is excellent.

The Optoma UHZ50, like the Epson LS11000, generates light with a laser. The UHZ50’s blue laser is combined with a yellow phosphor to produce a bright, lively image. The detail is excellent, and it switches on and off rapidly, making it simple to live with. It’s also rather quiet. The contrast ratio is excellent for a DLP projector, but it falls short of the LCD and LCOS projectors on our list. The compact, low-cost casing also has limited magnification and lens shift, making it more difficult to accommodate in some areas than the Sony and Epson alternatives in this roundup. Overall, a fantastic projector.

Best 4K projector on a budget

The UHD35 packs a lot of punch into its small package and inexpensive price. It can throw a lot of light, has realistic colours, and has a lot of detail. The contrast ratio isn’t spectacular, but it’s about typical for 4K projectors in this price range. And the pricing is the UHD35’s main selling factor. It provides excellent image quality while costing only a few hundred dollars more than the finest 1080p projectors. It doesn’t have lens shift or much zoom, but if it fits in your room, it’s a terrific way to obtain 4K on the cheap.

Excellent 4K colour on a budget

The BenQ HT3550i sacrifices brightness for rich colours. They’re not nearly as deep as those found on the LG UH810PW, but they’re richer and more engaging than those available on most projectors, and the 3550i costs approximately half as much as the LG. However, its contrast ratio is just average for a 4K projector, and its light output is well below average, which means its image doesn’t pop like those from other projectors on our list.

Anker Nebula Cosmos Laser 4K: The Cosmos Laser 4K is technically portable due to its handle and small size, but there is no battery, so you must plug it in. It’s also pleasant and bright, but the other drawbacks — lack of zoom, middling overall image quality, and a high price for what you receive — prohibit it from making the cut.

LG HU810PW: The HU810PW is a laser-powered DLP projector with 4K resolution that costs around the same as the Optoma UHZ50. It features improved lens shift, zoom, and is quieter to use. However, because the contrast ratio is so low, it doesn’t appear nearly as well as other 4K projectors we’ve examined.

The Epson Home Cinema 2250 is an amazing 1080p LCD projector. It won’t be as detailed as the other projectors on our list, but it’s bright and looks amazing. It’s also a lot less expensive.

BenQ HT2050A: For many years, the HT2050 has been one of our favourite home theatre projectors. That is to say, it is not novel. As a result, it is not as bright as some other alternatives, and it is not 4K. However, it looks beautiful and is reasonably priced.

Is a 4K projector required?

The majority of mid- and high-end projectors are either 1080p or 4K. The 4x difference between these resolutions is fairly evident on the massive displays typical of even a basic home theatre, which are commonly 100 inches or more.

However, resolution is only one factor of visual quality. A fantastic 1080p projector will always provide a higher-quality image than a poor 4K projector. That said, the increased resolution doesn’t hurt and provides a new degree of realism and fine detail to textures, hair, wrinkles, and other details.

Should you spend a lot of money on a 4K projector? No, but if you can afford it, a decent 4K projector can look amazing.

Which projector should you buy?

The most often used technologies are LCD and DLP projectors. LCOS, or liquid crystal on silicon, designs are frequently used in high-end projectors. SXRD and DILA are the brand names for them. In practically every manner, LCOS outperforms LCD and DLP, although it is substantially more costly.

LCD (which Epson almost exclusively uses) and DLP both have advantages and disadvantages. DLP is often crisper, whereas LCD is frequently brighter. Both technologies, however, provide bright, crisp pictures. It has less to do with certain technologies and more to do with the specific kind of projector.

Do you require a screen to enhance your projector experience?

It is technically feasible to project your picture onto any flat surface. That is far from optimal, particularly when using 4K projectors. Any and every minor irregularities in a wall, for example, will be seen in the image as extra “noise.” This is distracting and lowers the image quality of your costly projector.

If you want the highest visual quality, even a low-cost screen is preferable. This is due to the fact that projector screens enhance the image substantially and produce a flat surface that only shows your TV, movie, or game. 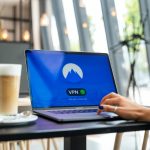 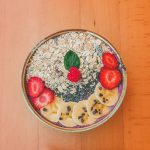