Throughout the years, Apple has made news recently for designating something obsolete and removing it about as frequently as it has been added. The most well-known and contested example is Apple’s decision to remove the headphone connector from the iPhone 7.While many people disagreed with that decision and preferred to use wired headphones with a standardised connector, the industry began to follow suit. Samsung, Apple’s main competitor, removed the jack from its top phones a few years later. Apple is also said to be getting rid of the charging port in the near future. Ming-Chi Kuo, a well-known analyst, believes the business will make the switch, which might be for waterproofing reasons or simply to avoid being obliged to utilize USB-C.

According to rumours, Apple is more likely to discontinue sim cards.

So, if it’s not headphones, what is Apple releasing this time? SIM cards may be on their way out, if rumours are to be believed. SIM cards are tiny chips distributed by phone providers that allow a phone or tablet to connect to their network. SIM cards have been in use for decades, albeit their size has shrunk with time. The majority of current phones employ a Nano-SIM, which is only slightly larger than the chip itself. They are often provided as full-sized cards that can be modified to the proper size. However, even the Nano-SIM may be more work than it is worth, and there is an obvious option.

What exactly is an eSIM?

An embedded SIM, often known as an eSIM, is an electronic SIM card that is incorporated into the phone itself. A standard SIM card only holds a minimal amount of data, essentially a code that the network uses to identify you. An eSIM works by letting your phone write the code onto it. The chip may be rebuilt as many times as necessary, eliminating the need to replace out pieces of plastic every time you switch carriers.

Although not as old as the real SIM card, the eSIM has been around for a time; it was originally launched in 2012 and piqued the interest of the automotive sector . Communications and automobiles have been related.

For a while, from 1970s CB radios to bulky 1980s vehicle phones — so an easier way to communicate would naturally appeal to automakers. eSIMs can now be found in a wide variety of automobiles.

Apple’s gadgets have long had eSIMs installed, dating back to the iPhone XS and even recent iPad Pros. While it has previously been an option, having it the only option could be viewed as a risky decision. The eSIM offers both advantages and disadvantages.

What are the advantages of eSIM?

After joining up eSIMs , everything is done online.

eSIM has some obvious advantages. To begin, nothing physical must be mailed out by your cellular service provider, and you do not need to visit a store to obtain your eSIM. Everything is done online, and you can begin using your new plan immediately after signing up. Because multiple carrier plans can be put onto the eSIM, you only need one device if you have more than one phone plan, such as a personal line and one for work.

Free trials will also be simpler to utilize; you will have fast access to a plan.

Free trials will also be simpler to use; one can gain fast access to a plan, try it out, and switch just as easily if it isn’t for you. People may even test out a new network while keeping your current subscription and device. The same plan can also be loaded into several eSIMs, so if you have a plan that covers your phone, iPad, and automobile, you won’t have to install physical SIM cards in all of them.

Because an eSIM takes up less space than a real SIM, phones may be made smaller or use that space for other components; there is also one less hole in the phone that needs to be waterproofed. Finally, as indicated by US Mobile, you don’t need to look for that small spike that came with your phone or unfold a paperclip every time you need to do something with the SIM card.

eSIMs are a fantastic innovation and, more than likely, the way of the future. Even if Apple does not go eSIM-only, the technology is likely to be added to additional devices in the near future. As with anything, there are some drawbacks.

eSIMs are not ideal for low-cost phones.

The eSIM chip must be incorporated into the phone; it cannot be added afterwards, therefore inexpensive phones are unlikely to have eSIMs installed.

If you are concerned about being monitored, you will no longer be able to conveniently remove your phone’s SIM card.

Because the eSIM is embedded into the phone, it cannot be removed and inserted into another phone as a traditional SIM card can. However, this may not be a major concern. There are only a few situations in which you would swap SIM cards across phones. If you’re concerned about being monitored, you won’t be able to easily remove your phone’s SIM card.

eSIM technology is not yet supported by all networks.

Another disadvantage is that not all wireless service providers presently offer eSIM technology, so you’ll need to double-check before committing to a plan. Service providers also enjoy imposing costs on things, and an activation fee every time you wish to swap your eSIM to another phone seems like a possibility. eSIMs are now free to set up with all major carriers that embrace the technology, though this may change in the coming years as the technology grows in popularity.

How to Create an eSIM

According to US Mobile, setting up an eSIM is significantly easier than setting up a normal SIM. After you’ve located a carrier that supports eSIM technology, choose a plan that works for you. The carrier will then display a coupon with a QR code that you may scan using the camera on your phone. The QR code provides your phone with the necessary information and initiates the plan. Your plan’s SIM profile is then recorded on the eSIM, and you can go about your business.

Adding more carriers is the same procedure. By heading to the network section of your phone’s settings menu, you can choose among the carriers you’ve loaded on your eSIM. The only time you’ll have problems is when you add more plans.is if the phone you purchased is tied to a single provider, which is common if you pay for the device in monthly instalments. All of this is far more convenient than checking the mail every day or wasting time looking for paper clips and swapping SIM cards. 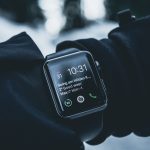 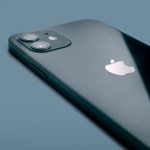 Differences In iPhone 14 Pricing Which Model Is the Best Fit?