Everyone, after watching movies like Real steel, Avatar, Transformer, Iron man and many others, certainly have dreamed of watching a giant robot fight in real. USA and Japan have dragged these machines from the virtual world to the real one in October 2017. 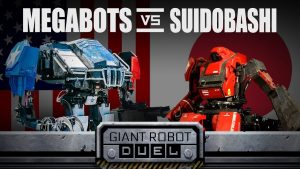 Gui Cavalcanti and Matt Oehrlein the founders of Megabots.inc created a human pilot megabot named Iron Glory with 15 feet of height and more than 6 tons of weight. The main focus of the creaters  was on the weapon system as it has a missile launcher and a cannon which fires paintballs, leaving the speed only 2.5 miles per hour. Having made the megabot , the team challenged the Japanese robot Kurtas , 2 feet smaller and 6 times faster than their’s to make history which they accepted in no time. 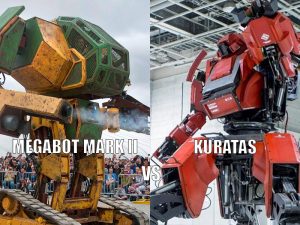 The round one started with two pilots handling the Megabot and one sitting in Kuratas. The megabot tried to shoot its paintball on the enemy however because of the dominating speed, the Kuratas punched the bot so hard, knocking it effortlessly and winning the round one. 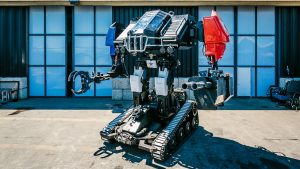 In the second round Americans presented their another megabot Eagle Prime with software updates and momentum Matching the Kuratas. This round ended up being draw for both the robots’ system crashed out and needed to be reset.The third round declared the Eagle prime the winner since it knocked out the Kuratas owing to his heaviness and weapon system

Therefore, although the fight ended up being balanced, yet this dual has taken a step to become the future sport. 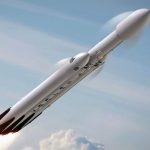