The Italo-Turkish War began in 1911, when Italian soldiers attacked the Turkish province of Libya (then part of the Ottoman Empire).As a result, the colonies of Italian Tripolitania and Italian Cyrenaica were formed, which were ultimately merged into the colony of Italian Libya.

Italy’s claims to Libya extend back to verbal conversations following the Berlin Congress (1878), in which France and the United Kingdom agreed to take over Tunisia and Cyprus, both of which were part of the Ottoman Empire at the time. When Italian officials suggested that their administration may face opposition, the French responded that Tripoli would have served as an equivalent for Italy. Italy and France forged a secret contract in 1902 that granted them freedom of involvement in Tripolitania and Morocco. However, the Italian government did nothing to capitalise on the opportunity, and knowledge about Libyan land and resources remained scarce in the years that followed.

At the end of March 1911, the Italian press launched a large lobbying effort in support of an invasion of Libya. It was fancifully represented as mineral-rich, water-rich, and protected by just 4,000 Ottoman troops. In addition, the people was thought to be unfriendly to the Ottoman Empire and favourable to the Italians. The upcoming takeover was described as a “military walk.”

The Italian government was initially hesitant, but preparations for the invasion were ultimately completed in the summer, and Prime Minister Giovanni Giolitti began to question the other European big countries about their reactions to a possible invasion of Libya. The Socialist Party had considerable power over popular opinion. However, it was opposed and split on the topic. It was ineffectual in combating the military involvement.

On the night of September 26-27, an ultimatum was delivered to the Ottoman government of the CUP. Through Austrian mediation, the CUP responded with the plan of turning up sovereignty of Libya without fighting, but keeping a simply ceremonial Ottoman suzerainty. This notion was analogous to the situation in Egypt, which was nominally under Ottoman suzerainty but was reality under British administration. Giolitti refused, and on September 29, 1911, war was declared.

Tsunami in the Samoan Islands in 2009.

The palm-lined shores of American Samoa, Samoa, and Tonga Islands were tranquil and serene on an ideal Monday night in 2009. Residents and visitors were dealt a devastating blow early Tuesday morning when two large earthquakes struck nearly simultaneously 120 miles off the coast of the islands, causing a tsunami that killed hundreds.

A Tsunami of Terrifying Proportions

Tsunami waves of high to 22 metres (72 feet) swamped the coasts, killing at least 192 people—149 in Samoa, 34 in American Samoa, and 9 in Niuatoputapu, Tonga. The destruction went beyond human losses, with buildings wrecked, automobiles washed out to sea, and some communities totally wiped out. The islands were physically and economically devastated, with over $200 million in losses.

The majority of significant earthquakes happen in subduction zones, when one plate of the Earth’s crust dives beneath another. The Pacific plate subducts westward beneath the Australia plate at the Tonga Trench in this location.

The devastating tsunami of 2009 was caused by at least two different earthquakes that occurred within 2-3 minutes of each other near the Tonga Trench, one of the world’s most seismically active locations. A “doublet” is an exceptionally unusual occurrence.

The 29th of September has a historical relationship with World Heart Day.

Every year on September 29th, World Heart Day is celebrated. The day is observed to raise awareness of cardiovascular disease, which accounts for approximately half of all noncommunicable diseases worldwide.
In May 2012, world leaders agreed to decreasing noncommunicable disease (NCD) mortality by 25% by 2025. Cardiovascular disease (CVD) accounts for approximately half of all NCD fatalities, making it the world’s leading cause of mortality. The World Heart Federation (WHF), in collaboration with the World Health Organization (WHO), established World Heart Day in 1999. Antoni Bayés de Luna, WHF president from 1997 to 1999, conceived of this yearly event.

Globe Heart Day is a global movement in which individuals, families, communities, and governments all around the world participate in activities to improve their own and others’ heart health. The World Heart Federation uses this campaign to unite individuals from all nations and backgrounds in the battle against the CVD burden, as well as to motivate and drive worldwide action to promote heart-healthy living across the world. We and our members envision a society in which heart health for everyone is a fundamental human right and an essential component of global health justice. 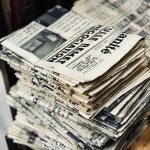 What to Avoid and the Best Foods for Heart Health