NASA currently operates a number of space telescopes, ranging from the large, well-known ones like Hubble and the James Webb Space Telescope utilized for a range of missions to lesser-known ones like NuSTAR, which examines in the X-ray wavelength, or Swift, which studies gamma ray bursts. However, with the Nancy Grace Roman Space Telescope’s anticipated launch in 2027, they will soon be joined by another substantial space telescope. Roman, as it is known, will work on a variety of initiatives, from looking for new exoplanets to understanding dark energy. It bears the name of the woman who devoted decades to ensuring that the Hubble Space Telescope was ready for investigation (via NASA).

Roman, as it is called, will work on projects as diverse as hunting for new exoplanets to learning about dark energy.

Primary mirror with a diameter of 2.4 metres

Roman’s primary mirror will be 2.4 metres in diameter, the same as Hubble’s (via NASA). However, its equipment will have a significantly wider field of vision, including one that is 100 times larger than Hubble’s infrared instrument. This will allow the telescope to observe enormous areas of the sky at once.

The telescope will be outfitted with two instruments.

The Wide Field Instrument and the Coronagraph Instrument will be mounted on the telescope.

What Roman will research

TESS are discovered utilizing a technique known as the transit method.

Roman has a specific method for searching for exoplanets. Many exoplanets discovered by observatories such as NASA’s Transiting Exoplanet Survey Satellite (TESS) are discovered using a process known as the transit method. A telescope is pointed at a star and the brightness of the star is measured over time. If a planet passes in front of the star, between it and the telescope, the brilliance of the star will decrease slightly. This is how researchers can identify exoplanets (via NASA).

Cryptocurrency startups to watch in 2022 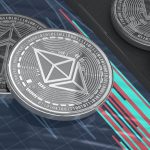 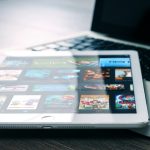