An investigation into unexplained aerial phenomenon (UAP), also known as UFOs, will begin on Monday by NASA and last for nine months. The independent study team will be made up of 16 people, including eminent scientists, data and AI practitioners, aircraft safety specialists, and other professionals in their domains, who have just been chosen by the agency.

The team will be led by astrophysicist David Spergel, head of the Simons Foundation in New York City and former chair of the astrophysics department at Princeton University. The most well-known participant is retired NASA astronaut Scott Kelly, who piloted the Space Shuttle Discovery on the third Hubble Servicing Mission and served as commander of the International Space Station on numerous occasions.

The study is essentially a preliminary examination of UAPs, and it will concentrate on gathering useful data. To this end, the team will examine data gathered by public authorities, commercial data, academic findings, and any other publicly available material. The team will also think about the best way to gather future data and will research how NASA might use that data to advance our understanding of UAPs.

The team will present its conclusions in an unbiased, unclassified report after nine months. By mid-2023, NASA intends to make the complete study available to the public. The UAP Independent Study Team is also anticipated to host a complete public meeting in the latter part of spring 2023, according to the agency. The public will be able to watch the meeting.

According to Daniel Evans, the representative from NASA’s Science Mission Directorate who is in charge of organising the study, “NASA has brought together some of the world’s top scientists, data and artificial intelligence practitioners, and aerospace safety experts, all with a specific charge, which is to tell us how to apply the full focus of science and data to UAP.” The results will be made available to the public in accordance with NASA’s guiding values of openness, transparency, and scientific integrity.

UAP research is crucial for maintaining national security and aviation safety, which is in line with one of NASA’s objectives of assuring aircraft safety.

However, Thomas Zurbuchen, the associate administrator for science at NASA’s Washington headquarters, stated to reporters earlier this year that “identifying events, whether they are natural or need to be explained otherwise, is very much aligned with NASA’s mission.”

In addition to conducting fundamental science, he stated, “part of our responsibility at NASA is to locate life elsewhere as part of that.”

NASA already has an astrobiology programme that is concerned with the beginnings, evolution, and dispersion of life outside of Earth, even if it has nothing to do with this latest study. The organisation conducts research on “ocean worlds” like Titan and Europa as well as water on Mars. Additionally, it is looking for habitable exoplanets using missions like the Hubble Space Telescope. Research on technosignatures, or the traces of advanced technology in space, from other planets is another area of space-based study that is supported by NASA.

According to NASA, neither the Unidentified Aerial Phenomena Task Force nor its replacement, the Airborne Object Identification and Management Synchronization Group, are a part of the US Defense Department. On how to most effectively examine UAPs scientifically, however, the agency has collaborated with other governmental organisations. In May, at a House subcommittee hearing on UAPs—the first public one on the topic in more than 50 years—officials from the Defense Department gave testimony. 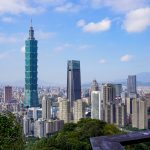 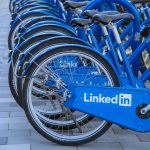 How to construct a LinkedIn poll for fast, worthwhile participation