Elon Musk revealed on Twitter that Tesla’s long-delayed semi-truck has begun manufacturing and that deliveries would begin as soon as December 1st. When Tesla revealed the Tesla Semi in 2017, it intended to begin manufacturing the electric large rigs in 2019. While that certainly did not materialise, Musk informed staff in early 2020 via email that the vehicle was already in limited production and that it was “time to go all out and bring the Tesla Semi to volume production.” However, in April of that year, the manufacturer stated in an earnings conference that it was delaying delivery again again until 2021.

Unfortunately, 2021 was not the Semi’s year either. In another earnings call, Tesla informed shareholders that deliveries will be delayed until 2022 owing to global supply chain bottlenecks impacting the tech and auto sectors, as well as the company’s then-limited production capabilities for the vehicle’s 4680 type battery cells. Musk did not explicitly state that the company’s component scarcity difficulties for the semi-truck have been resolved. However, if it has begun production and a delivery date has been set, Tesla must have at least enough parts to manufacture Semis for its first client.

Pepsi, which bought 100 Semis from the business in December 2017, will get the first batch of Semis. According to TechCrunch, other major corporations, such as Walmart and UPS, have also bought vehicles from the carmaker. In May of this year, the manufacturer offered reservations to more buyers for a $20,000 deposit. A Semi costs between $150,000 and $180,000, depending on range, and can go up to 500 miles on a single charge.

The 2022 Video Game Documentaries to Watch 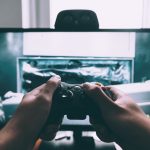 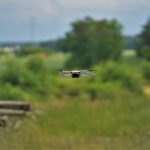 The DJI Avata is a quick cinewhoop drone for FPV beginners.