Hello World In Python is the tutorial for Python beginners.

Before start code using Python, Things you should need to know that Python is the easiest programming language in the world !! actually the python is  scripting language, so we can have fun with writing our small scripts in Python. From the Line Of Code (LOC) purpose, Python code is much smaller than C/C++ and Java, as the Hello World In Python can be implemented only with a single line code.

Python is basically available in two versions, Python 2 and Python 3 (e.g Python 2.7 and Python 3.3). Python 2.7 is widely used version of Python , I also recommend Python 2.7 because of compatible to old codes. Also the scripts on this website write using Python 2.7 .There is no such difference in python 2 or 3 , the small changes to string encoding etc is used in Python 3.

Follow these steps for start programming using Python on Windows:

The following screen will appear, its Python IDLE.

for save press Crtl+S write filename, hello.py and run by pres F5 key.

print  –  is a method for print message on screen.

Hence code for hello world is :-

Congratulation !! you’ll learn how to use python, follow the other tutorials for learn the python in easy way or you can refer a free eBook on python ‘Byte of Python’ form here or refer the official website for further learning documents http://www.python.org/

How to Install Android Apps in Blackberry 10 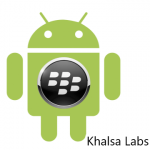 How To Draw Shapes with paper.js Javascript Library