The last clinical study for VLA15, the first contender for a vaccine against Lyme disease in 20 years, is starting.

Why it is significant

Every year, around 476,000 Americans develop Lyme disease. If neglected, it can cause major neurological problems such as facial palsy and cognitive fog.

According to the Centers for Disease Control and Prevention, up to 476,000 Americans get infected with Lyme disease each year, resulting in a distinctive rash and flu-like symptoms such as fever, headache, muscular pains, lethargy, and enlarged lymph nodes.

Antibiotics such as doxycycline are commonly used to treat patients. However, a new medication developed by Pfizer and Valneva, a French pharmaceutical company, might become the next – and only – Lyme disease vaccine accessible in the United States.

Every year, around 476,000 Americans develop Lyme disease. If left untreated, it might lead to significant complications. The drugmakers have begun the final human clinical study for VLA15, their vaccine candidate. If the Phase 3 trial is successful, the businesses plan to petition to the US Food and Drug Administration for clearance.

“With growing global incidence of Lyme disease, it is more vital than ever to provide a new alternative for individuals to help protect themselves from the disease,” Annaliesa Anderson, Pfizer’s head of vaccine research and development, said in a statement.

What exactly is Lyme disease?

CDC stands for Centers for Disease Control and Prevention.

Lyme disease, also known as Borreliosis, is a bacterial infection caused by the bite of a tick carrying the bacterium Borrelia burgdorferi. The most prevalent carriers in the United States are black-legged or deer ticks.

Lyme disease, known for its distinctive “bullseye” rash, is the most prevalent insect-borne sickness in the Northern Hemisphere. Human expansion into wooded areas, as well as climate change, are contributing to an increase in Lyme disease, “especially in the context of global warming,” according to Dr. James Marvel, a wilderness medicine expert at Stanford Health Care, because it creates an environment more favourable to ticks.

“The medical need for Lyme disease immunisation is progressively expanding as the illness’s global footprint expands,” Pfizer stated in a statement.

Lymerix, a Lyme disease vaccine, was previously authorised by the FDA in 1998. According to the journal Epidemiology and Infection, Lymerix, manufactured by SmithKline Beecham (now GlaxoSmithKline), decreased new infections in adults by approximately 80%.

However, several individuals stated that they got arthritis later in life. Despite the fact that an FDA inquiry found no relationship, media coverage regarding the accusations led to decreased use and sales at the time.

Lymerix was taken off the market in 2002, after only three years on the market.

Lyme disease vaccines have not been available since Lymerix was withdrawn from the market in 2002.

When will the new Lyme disease vaccine be available?

If the current human studies are successful, Pfizer and Valneva plan to submit for FDA and European Medicines Agency clearance in 2025.

How does the vaccination function?

According to the news release, “blocking OspA reduces the bacterium’s ability to escape the tick and infect people.”

Pfizer, which collaborated with BioNTech to create a COVID-19 vaccine, reveals that VLA15 has so far exhibited “a high immune response and excellent safety profile” in pre-clinical and clinical trials.

While VLA15 operates in the same way as Lymerix, it lacks a protein area “that some had ascribed to adverse effects,” according to the National Institute of Allergy and Infectious Diseases, as reported by NPR.

How will the VLA15 study be carried out?

Approximately 6,000 participants aged 5 and above will be enrolled at up to 50 locations in Lyme disease-endemic countries such as the United States, Finland, Germany, the Netherlands, Poland, and Sweden.

Three doses of 180 micrograms of VLA15 or a placebo will be administered to study participants, followed by a booster dosage.

This material is designed for educational and informative purposes only and is not intended to be health or medical advice. If you have any questions about a medical condition or your health goals, always see a physician or other trained health expert. 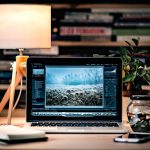 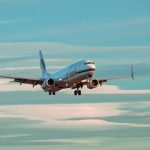