Ethereum bug bounty payouts can now reach $1 million, according to a recent upgrade from the blockchain’s creators. This breakthrough comes just a few weeks before Ethereum’s shift to the more environmentally friendly Proof-of-Stake (PoS) mining model. Ethereum developers are attempting to encourage engineers and white hat testers to keep an eye out for any problems on the blockchain that could jeopardise its operation.

Identifying critical Ethereum flaws might earn the testers a $1 million reward incentive. Under this initiative, testers who report minor problems will be paid with higher rewards.

A 4x multiplier has been applied to all Merge-related bounty rewards for vulnerabilities.

Between now through September 8th, all Merge-related bounties for vulnerabilities have gotten a 4x multiplier. Discover protocol, client, and Solidity flaws affecting the Ethereum network to earn up to $250,000 and a spot on the scoreboard, Ethereum developers announced in an update.

After the change, mining will no longer be feasible.

Stakers and node operators will both need to operate an execution layer client, with the latter doing so alongside a consensus layer client after the changeover, according to a report by CoinTelegraph. Mining will no longer be possible.

Since DeFi apps are supported on the blockchain and are reputedly worth over $100 billion, the developers are conducting rigorous testing on the Ethereum redesign. Merge improvement will reduce the electricity needed for mining Ethereum by 99.95% after completion. 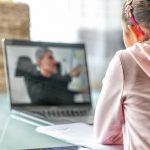 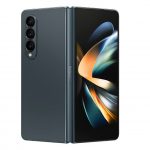