Compare two different and Latest technologies as Artificial Intelligence vs Augmented Reality, require good understanding of both technologies and their uses.

Artificial Intelligence: Technology in which machines are provided with capability of think like human, learn like human and act like human. Its technology to program the computer like human brain, used mostly in robots, games, special purpose software etc.

” Artificial intelligence (AI) is technology and a branch of computer science that studies and develops intelligent machines and software. ”  — Wkkipedia

Examples of some A.I applications:

Augmented Reality: Technology in which user interact with real world as well as computer. User Interface is combination of software on screen and real world objects on screen.

“Augmented Reality is a live, direct or indirect, view of a physical, real-world environment whose elements are augmented by computer-generated sensory input such as sound, video, graphics or GPS data.”  — Wikkipedia

Examples of some Augmented Reality apps are:

Google Glass: Google glasses are the perfect example of Augmented Reality use. User Interact with real world as well as software instructions on screen at same time they can see real-time data from the web including the names of objects, map directions, contact information ,social media activities, record high-definition video, voice commands while interacting with Real World through same glass screen.

is a live, direct or indirect, view of a physical, real-world environment whose elements are augmented by computer-generated sensory input such as sound, video, graphics

Conclusion: By above little Overview, we can differentiate between both technologies. 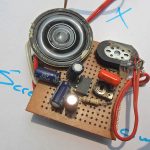 How To Delete Files Without Leaving Trace