Apple has introduced the new iPad Pro, which is powered by the company’s M2 silicon architecture. The tablet will include faster WiFi 6E connectivity and a new “hover” experience for the Apple Pencil.

According to Apple, the M2 has up to 15% quicker performance than the M1, owing to the upgraded chipset’s eight cores. In addition, the business says that the 10-core GPU would give up to 35% quicker graphics performance. The M2 can perform 40% more operations per second than the M1 and has 50% greater unified memory bandwidth.

According to Apple, there is a new media engine as well as an image signal processor. According to the business, these improvements enable it to offer ProRes video recording on an iPad for the first time. It was also said that the tablet will be able to encode ProRes footage up to three times faster than previously. According to the firm, you will be able to “record, edit, and post cinema-grade footage from a single device in the field.” Because there are five “studio-quality” microphones, you should be able to record clear sounds. Dolby Atmos is also supported by the quad-speaker arrangement.

The new iPad Pro is available in 11-inch and 12.9-inch sizes, as previously reported. The display on the bigger model features 1,000 nits of full-screen brightness, 1,600 nits of peak HDR brightness, and a 1,000,000:1 contrast ratio. The brightness of the 11-inch iPad Pro is 600 nits. Both feature Promotion and have an adjustable refresh rate of 120Hz.

This model, like the 2021 iPad Pro, includes a front-facing 12-megapixel ultra-wide camera with Center Stage compatibility. Unfortunately, instead of relocating the sensor to the longer side, Apple has retained it on the shorter side. The rear cameras appear to have remained same, with a 12MP wide sensor and a 10MP ultra-wide sensor. In terms of battery life, Apple offers up to 10 hours of online surfing time.

This iPad Pro is Apple’s first gadget featuring WiFi 6E. (though models on sale in mainland China and Japan will not have WiFi 6E support). Apple claims download rates of up to 2.4Gb/s, which is twice as fast as the previous generation iPad Pro. Furthermore, models with cellular connectivity will be compatible with additional 5G networks throughout the world. However, support for mmWave frequency bands will be limited to the United States and Puerto Rico.

When it comes to the second-generation Apple Pencil, the tablet has a neat trick under its sleeve. When the iPad Pro is up to 12mm away from the display, it will recognise the peripheral. According to Apple, this will allow you to get a preview of any mark you wish to create before applying it. According to the corporation, this will improve accuracy and add some more capabilities. Text fields expand automatically when you place the Apple Pencil near the Scribble app. Apple also claims that handwriting will be transformed to text more quickly.

The new iPad Pro will have all of the features of Apple’s delayed iPadOS 16, which will be released on October 24th. Previously, the business provided key iPadOS upgrades at the same time as iOS updates, but it delayed the release of this year’s iPad firmware. According to reports, the corporation required extra time to fine-tune the Stage Manager multitasking tool. In fact, the business is foregoing a public release of iPadOS 16 in favour of iPadOS 16.1.

For the first time, Stage Manager delivers overlapping windows to the iPad. Apple will expand the functionality later this year to offer external display compatibility for resolutions up to 6K. You’ll be able to see four applications on your iPad and four apps on the external display at the same time, giving you a more desktop-like experience. In addition, iPadOS 16 delivers the Weather app to the iPad, as well as important changes to Mail, Safari, Messages, and other essential apps. There are also new features based on teamwork.

The new iPad Pro comes in silver and space grey, with storage options of 128GB, 256GB, 512GB, 1TB, or 2TB. The 11-inch iPad Pro costs $799 with WiFi alone and $999 with Wi-Fi and Cellular. The 12.9-inch versions start at $1,099 for WiFi and $1,299 for cellular service. Some accessories, as well as education prices, are available. The new iPad Pro is currently available for pre-order, and it will be available in shops on October 26th. 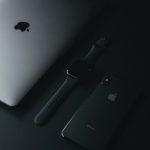 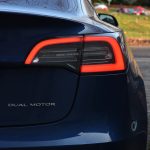