According to The New York Times, Elon Musk has mandated Twitter layoffs across the board. The SpaceX and Tesla chief reportedly instructed managers to start making lists of staff members to fire on Saturday.

Although some teams will be more impacted than others, The Times was unable to ascertain how much of Twitter’s employees Musk intends to let go. Before completing his $44 billion acquisition of the business, Musk reportedly informed investors that he intended to fire up to 75% of Twitter’s 7,500 employees. Musk allegedly promised staff members during a meeting that he wouldn’t drastically reduce the company’s headcount.

The impending layoffs will probably take place before November 1st. Musk may be able to avoid giving out equity grants to departing employees because of the timing. Such payments “often comprise a large chunk” of an employee’s income, according to The Times. Musk has been more coy about his aspirations for the company’s personnel than about how moderation on the platform may function under his direction. He spent the most of Saturday tweeting about food.

On the day he assumed control of the firm, Musk fired Twitter’s CEO Parag Agrawal and Chief Financial Officer Ned Segal, removing a portion of the executive team. These actions are anticipated to cost Musk at least $120 million in “golden parachute” bonuses, according to The Guardian. 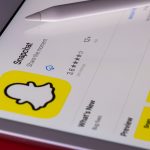 Instructions For Modifying Your Snapchat Display Name And Username