Electromagnetism is a branch of physics which majors on the study of electromagnetic forces that propagates between electrically charged particles.

Electromagnetism is among the four fundamental interactions or forces in nature. The rest of them include the weak interactions, strong forces, and gravity.

There are different scientists who were really into electromagnetism, coming up with laws, thesis and new inventions.

James Clerk Maxwell’s, published a script, A Treatise on Electricity and Magnetism, which explains that electricity and magnetism are same force whereby negative and positive charges are propagated by that one force. An example is a simple electromagnet, made of a wire, a battery and a nail whereby electric current inside the wire creates a corresponding circumferential magnetic field outside the wire. Its direction (clockwise or counter-clockwise) depends on the direction of the current in the wire. The source of the electric current is the battery.

The CGS unit of magnetic induction is after a discovery made by Hans Christian Ørsted during an evening lecture when he observed that whenever he switched on and off a battery he was using, there was some deflection from magnetic north in the compass needle. This deflections Suggested that magnetic fields were emitted from all sides of a wire carrying an electric current the same manner light and heat radiations do. This yielded to a conclusion that there existed a direct relationship between electricity and magnetism. 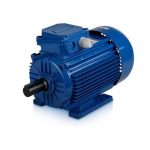 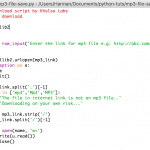